For EasyMe Collection we cooperate with Portland-based architect and artist Michael Howells. His designs have been translated into a hand-knotted Persian weave in 9/9 quality in pure wool and wool/ silk and show his strong architectural understanding of how a modern painting can guide movement in the interior. The surface is executed in our latest innovation: we sandblast the surface until it’s soft and velvet.

EasyMe designs appear easy, but they are highly masterminded and can match easily in the interior. You only can break the rules when you know how to master them. All designs of our contemporary rug art collection are customizable on request. Custom and bespoke rugs are the trademarks of RUG STAR, contact us with your ideas after reviewing the collection. We would love to create your one of a kind rug for your interior. 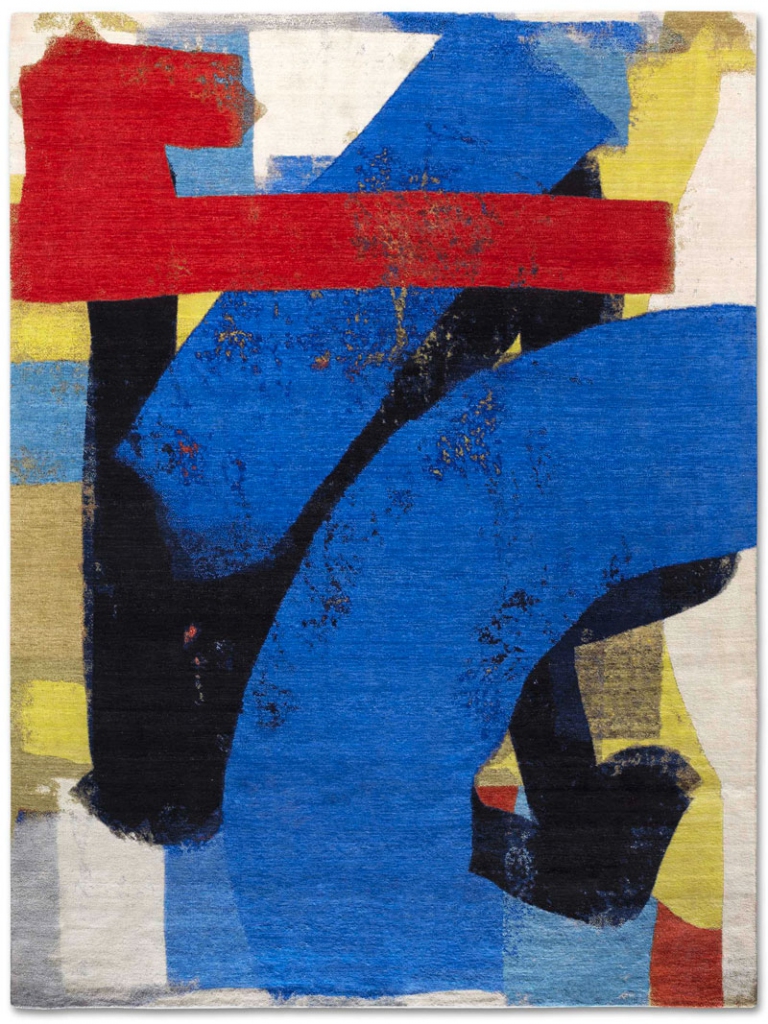 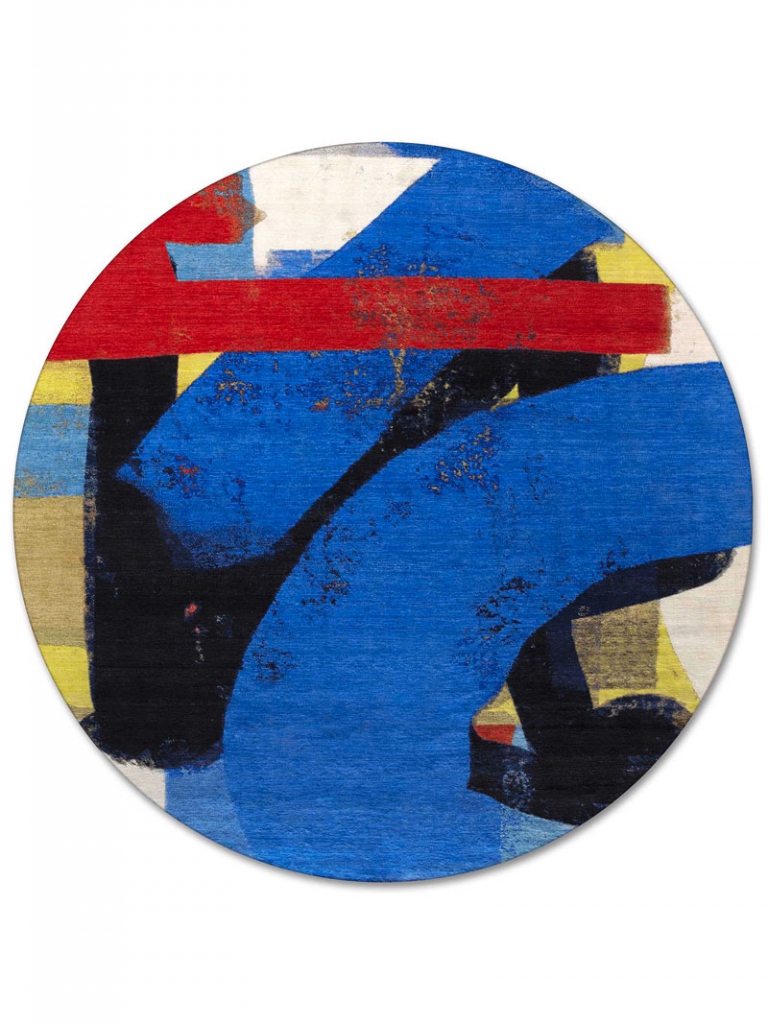 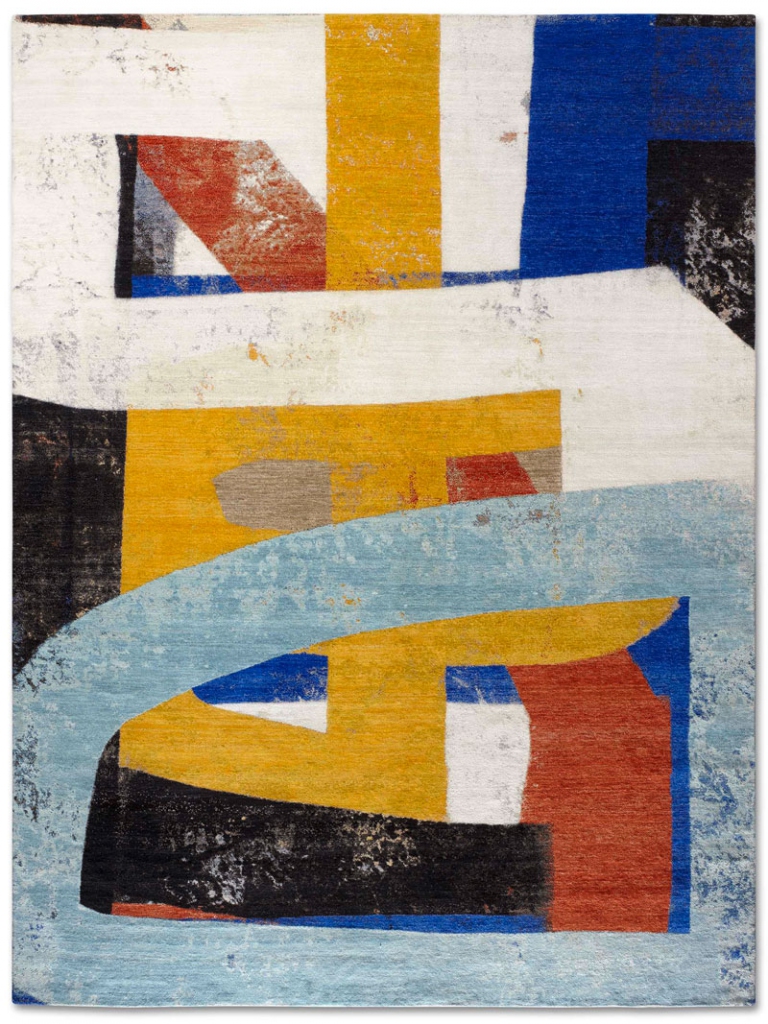 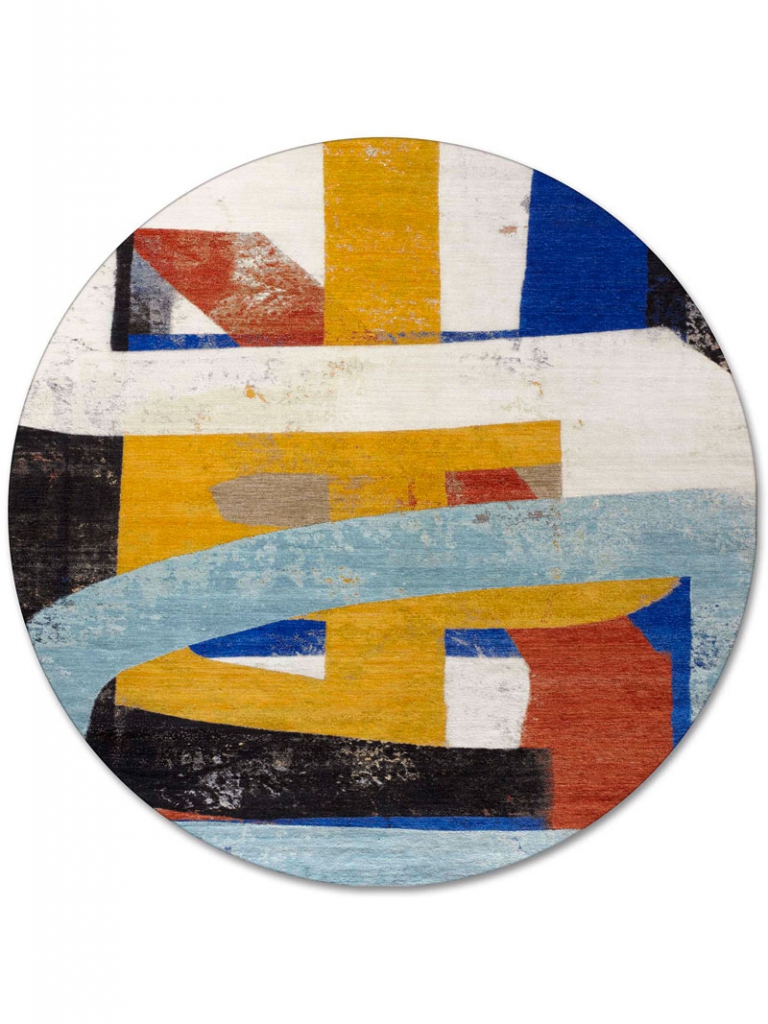 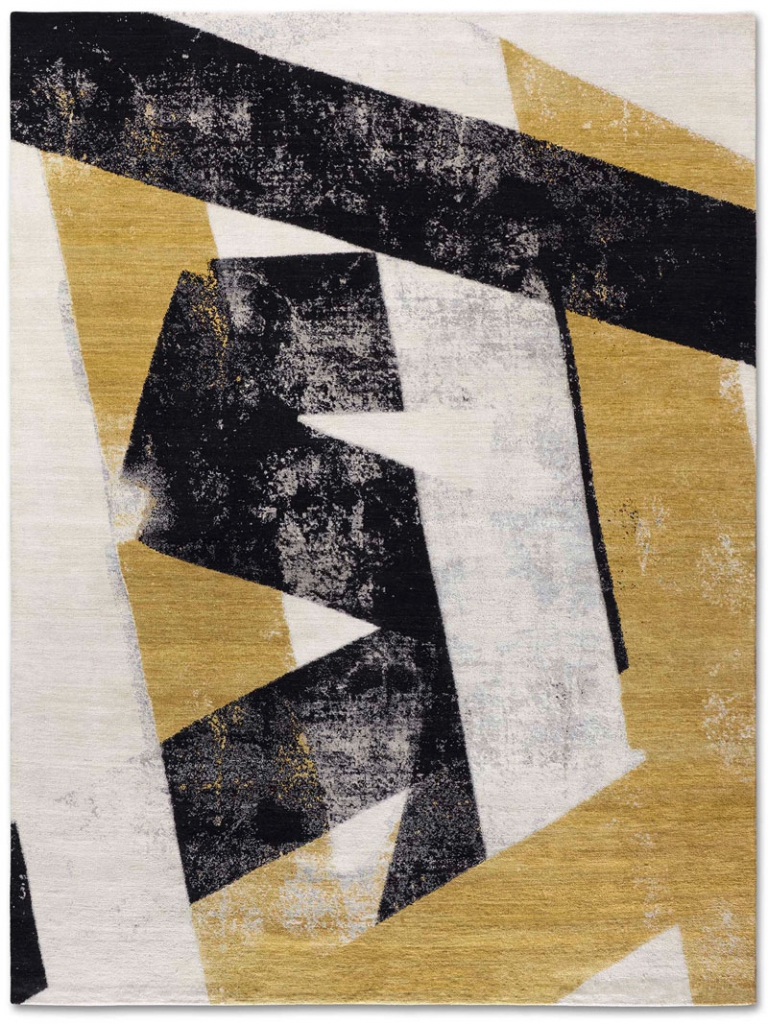 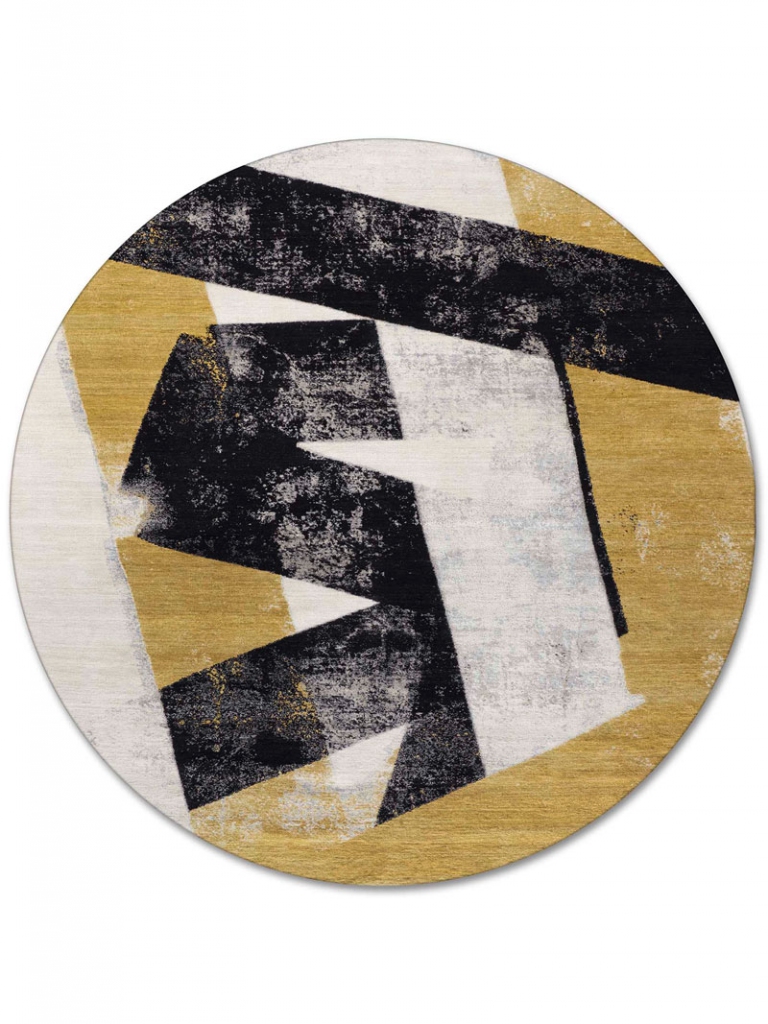 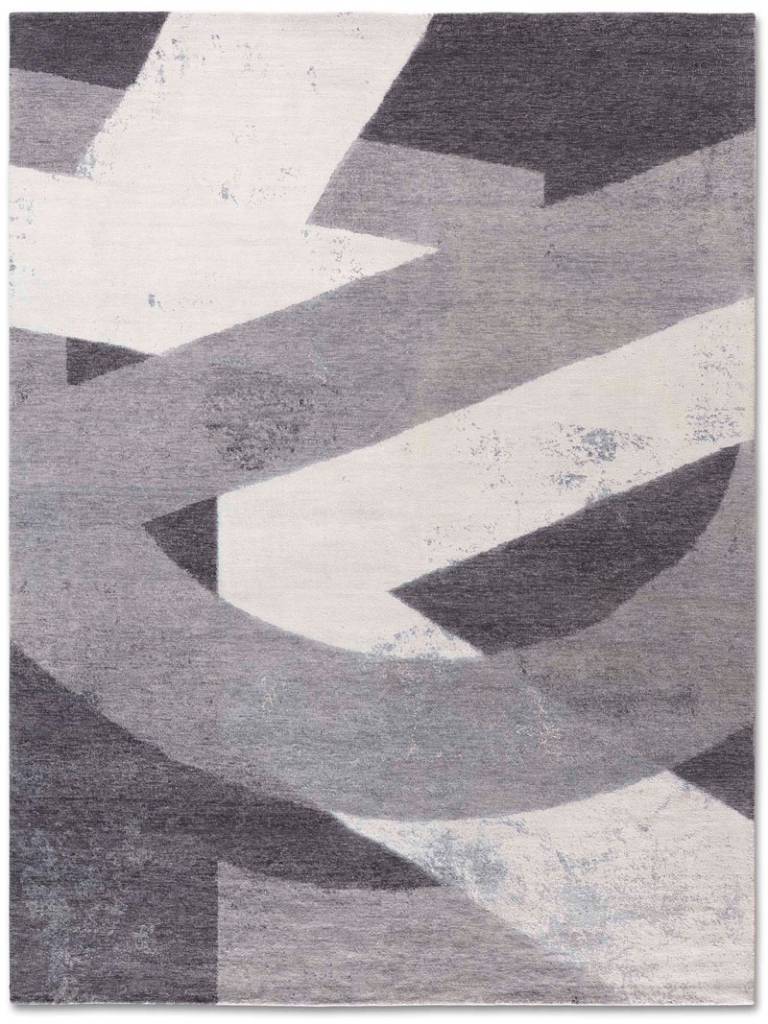 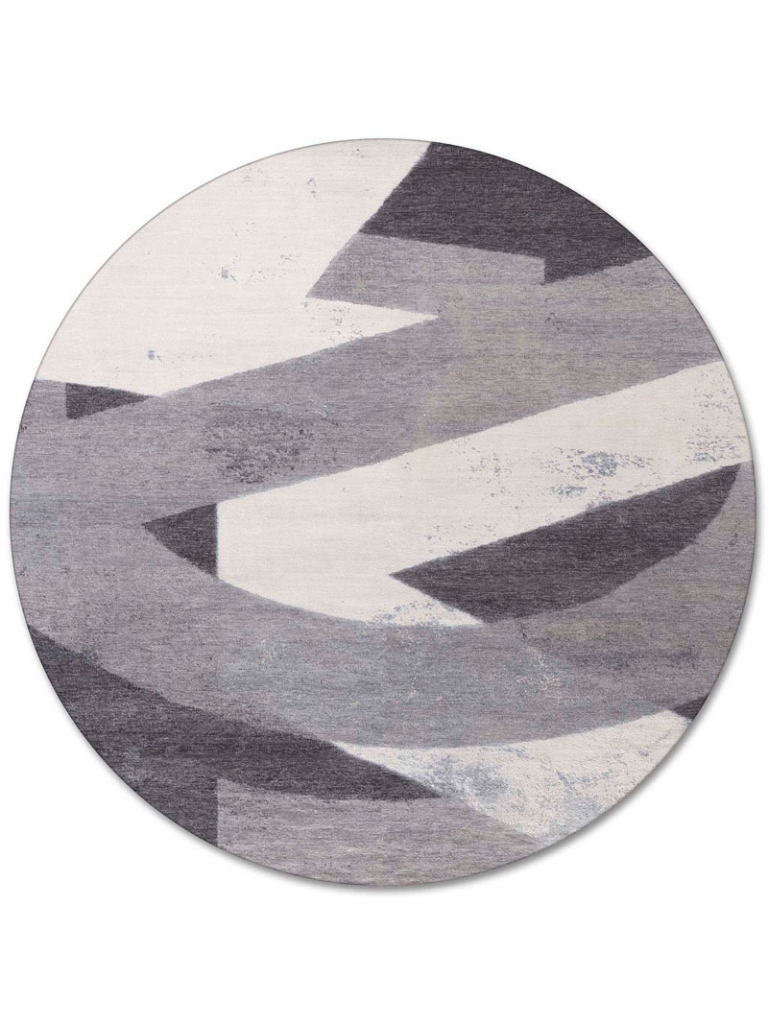 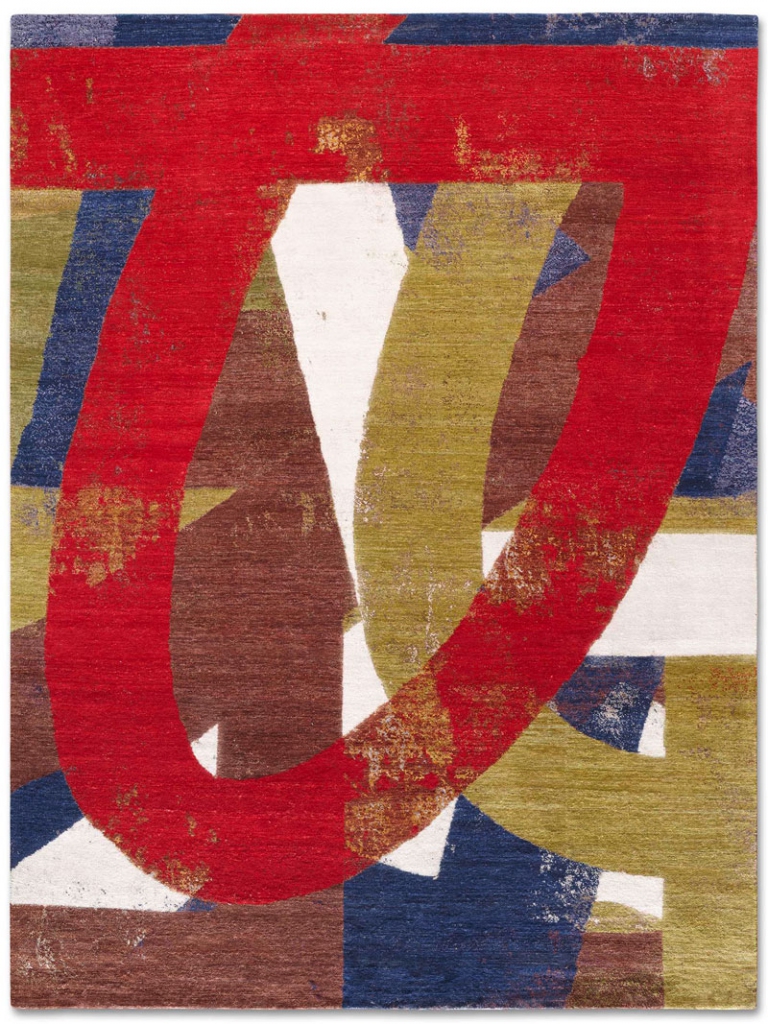 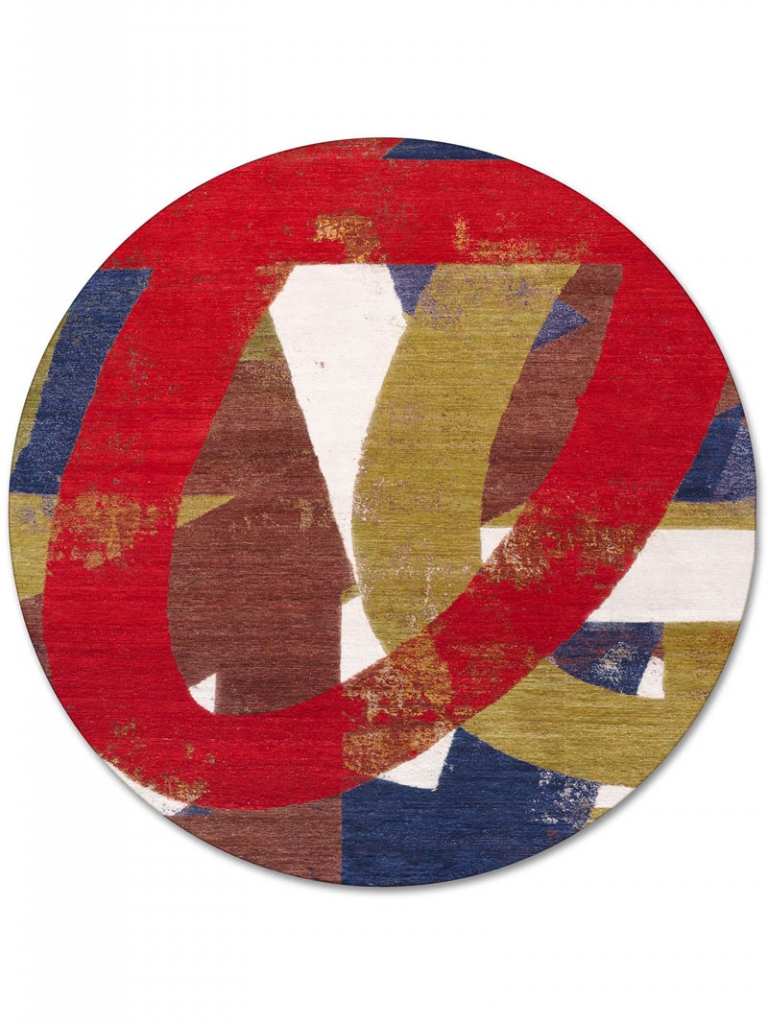 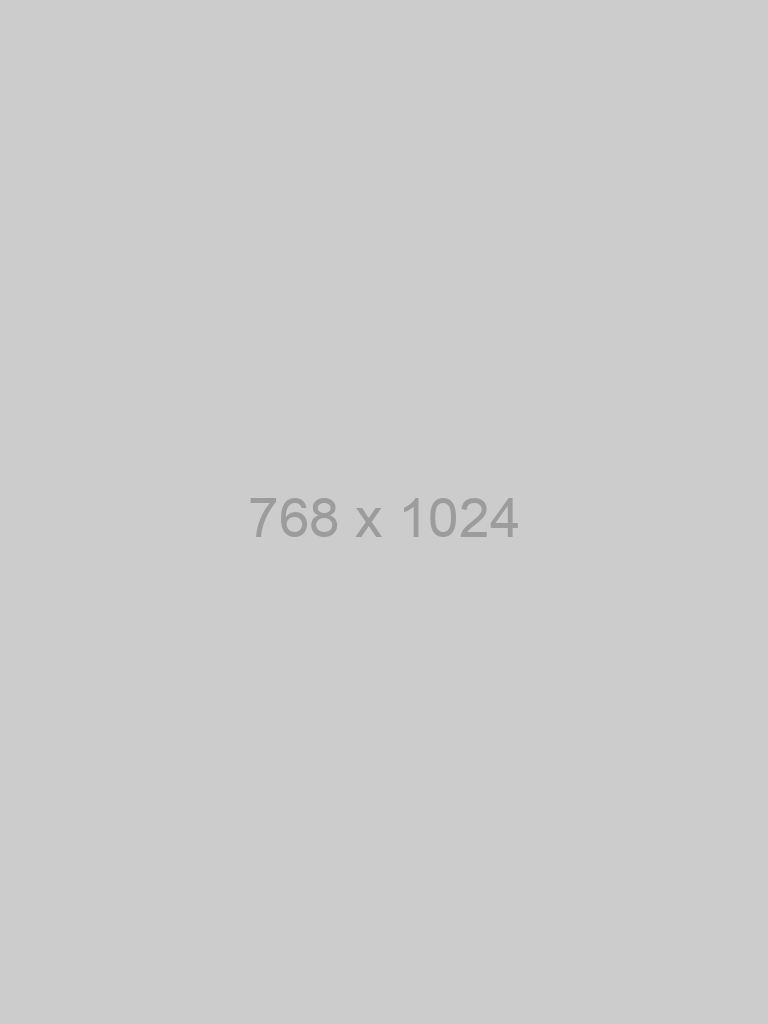 It all started with the IntimacyPortland project with Christiane Millinger in autumn 2017.  I flew all the way down from beloved home base Berlin to Portland, in the North West Pacific of the USA. The goal was to visit various homes of friends and clients of Christiane to scout the locations for our big Intimacy shot in Mai 2018, the first one in the USA.

If you allow life and even business to move and develop with an open heart, it starts to become a free jazz performance, in the right moment the right people enter the scene and add or distribute what is needed to have an excellent flow.

I might have met Michael on one of my visits in Christiane Millinger’s rug store before, as an architect, he often pops in with a client and sometimes only with a coffee and a talk about hand-knotted rugs, like this I could see from the beginning, was and for sure now will be one of his favorite items in the interior to bring individuality into his clients home.

Frankly speaking, I have no idea when it really started, but maybe around that time (autumn 2017), Michael started to send me modified pictures he shot in nature and converted these landscapes into rug patterns. We stared an aesthetic discussion about the meaning of pattern and their ability to guide movement or to create an atmosphere for resting areas to serve their purpose. Both Michael and I can be very obsessive about a visual discussion, so we are talking about the beginning of a long-lasting process. For me, it was embracing to see Michael going through in his transformation from inventing his first rug designs to master his first rug collection with exact knowledge of why and what to do. I am talking about a process that might have taken more than a full year, as the first EasyMe designs where the result of a one-year communication. Michael made a decision; he changes the technique and took his first digital brush stroke on a digital canvas and stared to create with an extraordinary speed the full collection within 2 weeks. (Maybe this was October 2018).

There is this big complexity in discussion and long-lasting transformation, which might end up in a quick last execution: EasyMe. Architects which we are both never can come up with something easy, all is the result of a long process of consideration, but the final results mostly appear easy. The same profession, the same ability to discuss, all these very personal details guided me to seal our cooperation with the collection name EasyMe, the name was given for us both.

In November 2018 we confirmed to cooperate on this collection, and I started to transform his digital drawings into functional graphs for Persian weave in 9/9 knot count. The most design we do in 100 % wool, some we also mix wool and silk, in the end, we realize, they all work perfectly in the interior, as there is an architectural mind who set up the artwork. I think this is the connecting link between Michael’s collection and my artwork I do as Rug Star.

Production started on fast looms the same month in Jaipur, North India, as we target an exhibition early summer in Christiane Millinger rug Gallery on Lovejoy in Portland. With the process of developing positive, I invited Michael to join me in April to visit the production, so he could learn more about the hand-knotted rug directly at the source.

On that journey, I took Berlin-based photographer Caroline Saage with me to Jaipur.  With Caroline, I developed the campaign KingsRobe (which so far was only shot in Berlin). I had in mind to extend this campaign and shoot directly in the village of the weavers, at the source, to involve and to talk visually about the origin where the rugs been produced and to talk about the people who are involved in the production process. We wrapped us, me and Michael, but also the weavers into the rugs, in the background often the original loom where the specific rug was knotted before. It was hot, very hot, maybe 47 degrees Celsius, and having a rug with 35 KG on your shoulder is not the easiest thing, besides the fact that we should not sweat as models never do. But on the other side, this was a highlight and I will never forget the joy we brought to this village on that day. Our weavers clapped their hands and been full of excitement and everybody was asking to come in front of the camera, we been one very joyful team and left with so many beautiful memories.

To prove that EasyMe works in Interior, we made sure that we involved the designs in various interior shots in our cycles IntimacyChicago, IntimacyBerlin, and IntimacyPortland. EasyMe as rug designs in interior work so excellent and matches in so various situations, right now we can already say that they truly own their name. 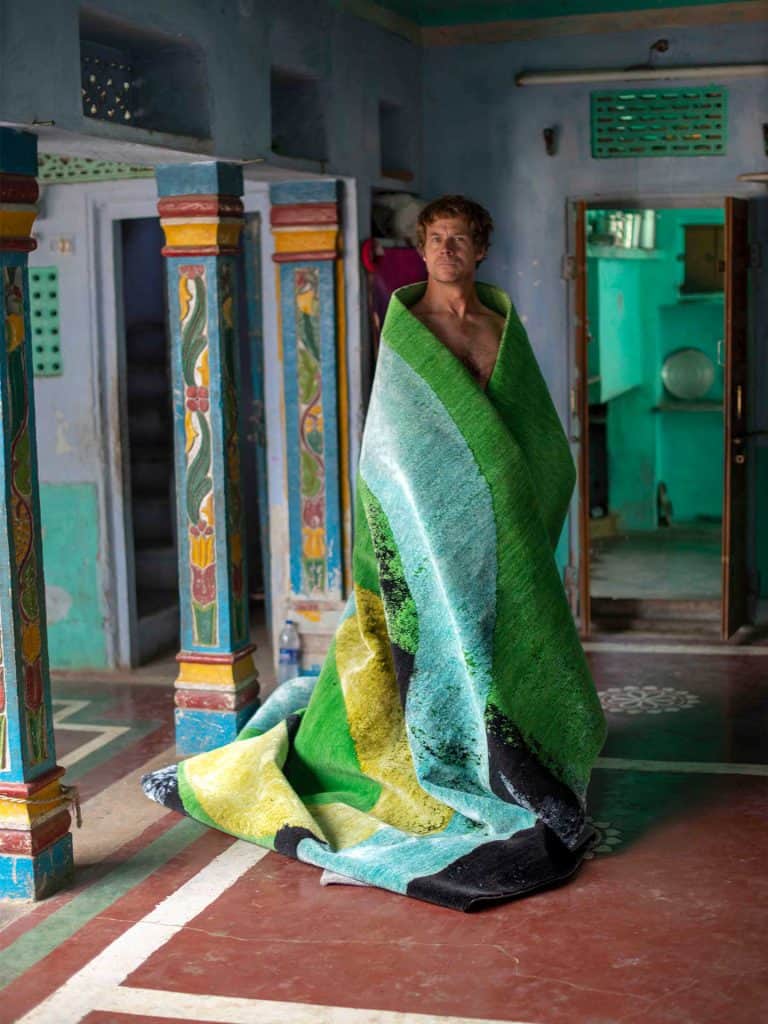 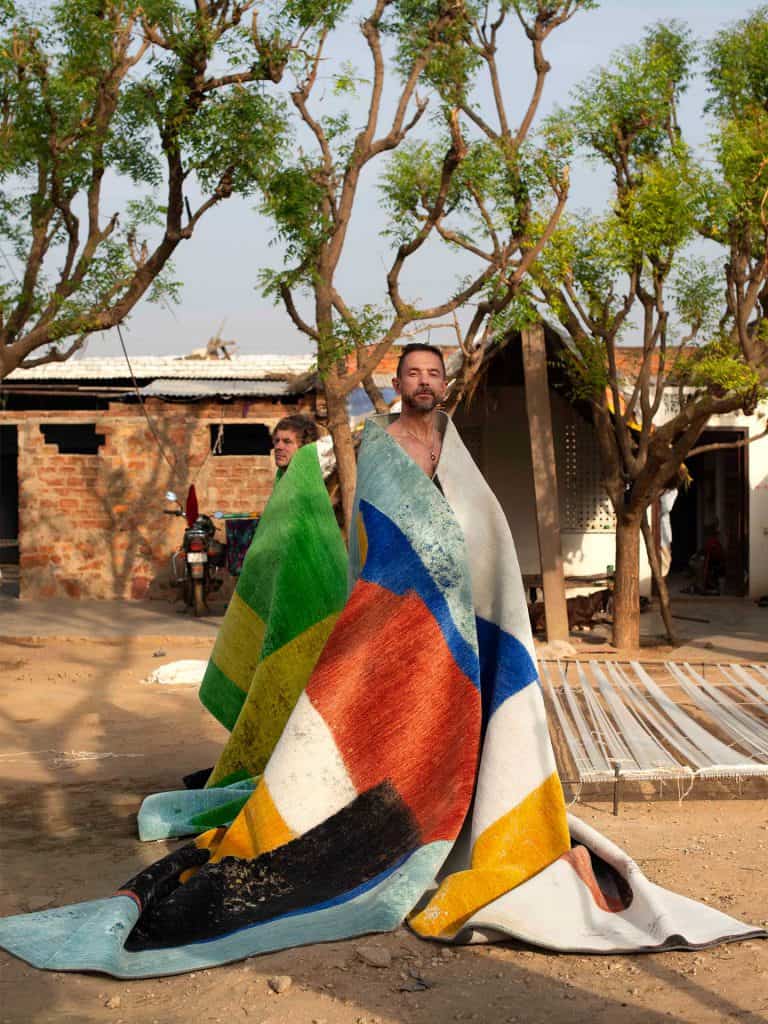 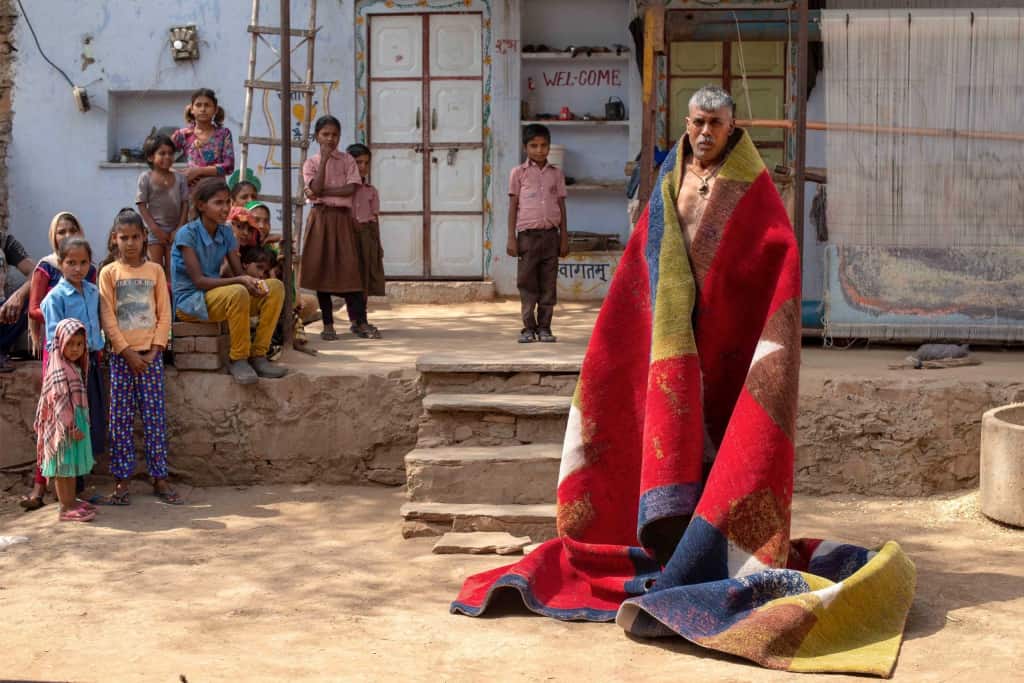 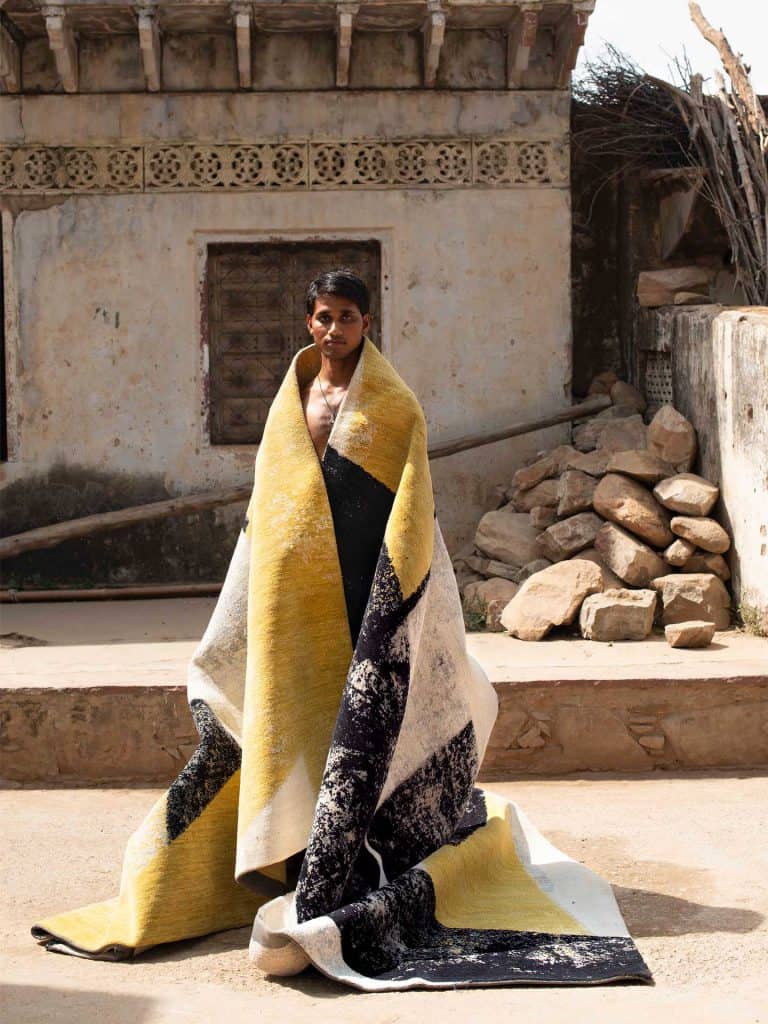 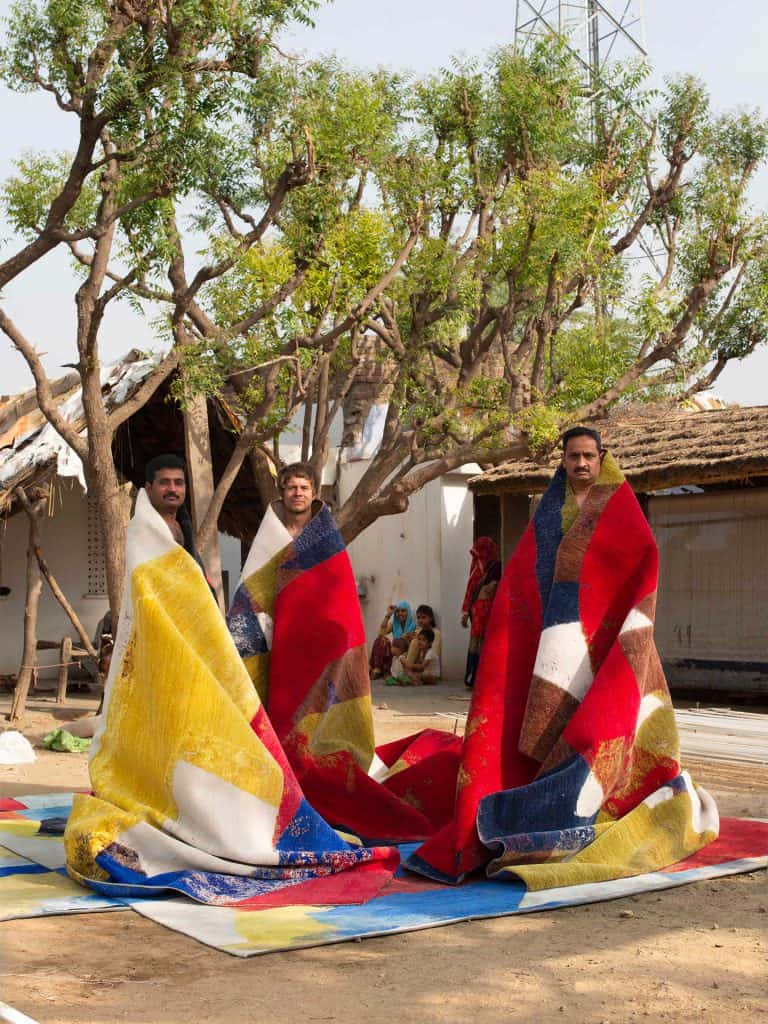 We use cookies to make your experience better. To comply with the new e-Privacy directive, we need to ask for your consent to set the cookies. Learn more.AcceptRefuse